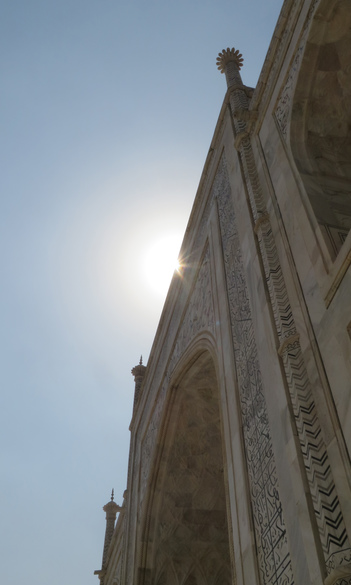 After Dr. Debreczeni retired, Dr. Éva Aradi (1938–) lectured in the Department for one year. She prepared translations of Hindi short stories by Premcand and other modern writers.

From 1976 until his departure in 1995, Prof. György Karsai (1953–) taught Sanskrit here, specializing in the dramas of Kālidāsa. His research field was the comparison of Ancient Greek and Sanskrit theatre. He was a visiting professor at French universities for several years (University of Paris X, Department of Greek; Université des Sciences Humaines de Strasbourg; École Normale Supérieure, Paris Centre). His departure was necessitated by financial stringency in the University. Later he was Head of Department of Classics at Janus Pannonius University, Pécs. Thereafter he became professor at Central European University and the Academy of Drama and Film in Budapest. His specialization is Greek theatre.

Géza Bethlenfalvy (1936–), the Department’s first graduate, was the Director of the Hungarian Information and Cultural Centre in Delhi for several years. His main academic field is Tibetology, especially the mutual influences between the Sanskrit and Tibetan literatures. He formerly lectured for many years at Delhi University in Hungarian language and literature. He taught at the Department of Tibetan Studies, Eötvös Loránd University. He did an outstanding job for deepening the Indo-Hungarian cultural relations.

Prof. Ildikó Puskás (1942–2009) was the Head of Department of Ancient History, Eötvös Loránd University. She also lectured in the equivalent department at the University of Debrecen. Her research field was the pre-Aryan history of India and Hinduism. She published an English-Hungarian bilingual bibliography of Hungarian works on India.

Prof. Bálint Rozsnyai (1944–) was the Chair of the Department of American Studies at the University of Szeged. He has translated many English-language works of modern Indian writers, e.g. Anathamurthy’s  “A Rite for a Dead Man”.

Dr. Ágnes Kelecsényi after studying Indology (1978), worked as a librarian and then became the Head of the Oriental Collection at the Library of the Hungarian Academy of Sciences.

Dr. Judit Fehér (1953–2019), after graduating in 1983 in Indian and Tibetan studies worked in the Ferenc Hopp Museum of Eastern Asiatic Art for two years. She was awarded her PhD in 1994 on the subject of Buddhist philosophy (the Madhyamaka). She was a researcher at the Hungarian Academy of Sciences, and also taught at the “Gateway to Wisdom” Buddhist College in Budapest.

Prof. Ferenc Ruzsa is currently the Head of the newly founded Department of Buddhist and Tibetan Studies of Eötvös Loránd University, where he teaches Indian philosophy and gives seminars on Sanskrit and Pali text reading. He is also an external lecturer in the Department of Indian Studies, giving courses in Indian philosophy. He was the rector of the “Gateway to Wisdom” Buddhist College in Budapest for some years.

Panni Somi after completing her MA in 1992 at the Department, studied classical Indian dance in the Kalā Kendra, Chennai. She has established and runs a widely acknowledged Bharatanāṭyam dance school in Budapest. She is the leader and choreographer of the “Śivaśakti Kalānanda” dance group.

Dr. Judit Törzsök is the professor, directeur d’études in Sanskrit at the École Pratique des Hautes Études, Paris. She studied for her PhD at the University of Oxford. Her research field is non-dualist Tantric Śaivism. She taught Sanskrit at the Department as a visiting lecturer. She translated Sanskrit belletristic works for the Clay Sanskrit Library.

Dr. Tibor Körtvélyesi teaches Sanskrit at the “Gateway to Wisdom” Buddhist College in Budapest. Recently he was the Deputy Director of the College for some years. His special interest is the history of Indian Buddhist philosophy and the transmission of the Pali canon. He also published the very first Sanskrit Grammar in Hungarian.

Dr. Hajnalka Kovács holds an MA in Indian and Iranian Studies from Eötvös Loránd University and an MA in Urdu from Jamia Millia Islamia University, Delhi. She completed her PhD studies in South Asian Languages and Civilizations in the University of Chicago. She held a postdoctoral fellowship in Literary Cultures of Muslim South Asia in 2013/14 at Stanford University. Currently she teaches Hindi and Urdu at Harvard University.

Dr. Gergely Hidas successfully defended his PhD thesis in November 2008 at Oxford University and in June 2009 he was awarded the Doctor of Philosophy title. In June 2008 he was invited to the Ludwig-Maximilians-University, Munich and in May 2009 to the EPHE Sorbonne, Paris to give a lecture on his research. In 2012 his PhD thesis was published in India. He works primarily on Sanskrit Buddhist texts and prepares editions of unpublished dhāraṇī manuscripts.

Dr. Csaba Kiss completed his PhD studies in 2010 at the University of Oxford. His research field is early Śaiva tantric and yogic literature. In 2015 he published a book on the Śaiva Brahmayāmalatantra. He also published several articles on the subject of Śaiva tantra. He takes part in the project preparing a critical edition of Vallabhadeva’s commentary on the Raghuvaṃśa.

Dr. Dániel Balogh wrote his MA dissertation on statistical analysis in editing medieval Hindi texts. He pursued his doctoral studies funded by the Tagore Fellowship and defended his thesis entitled “A Textual and Intertextual Study of the Mudrārākṣasa” in 2015. In the ERC Synergy project “Asia Beyond Boundaries” he worked as a research assistant building an on-line database of inscriptions of the Gupta period.

Dr. Beáta Kakas studied Tibetology and Indology and finished her studies in 2004. She defended her PhD thesis in 2013.

Eszter Somogyi completed her MA at the Department in 2005. Together with Dániel Balogh she published an English translation of the Mālavikāgnimitra in the Clay Sanskrit Library.

Miklós Hegedűs, an IT expert after graduating in 2010, published his MA thesis on Indian mathematics in 2012.

Judit Bernadett Borbély (MA 2007) became a well known literary translator. She published a collection of short stories by Hariśankar Parsāī. She also translated satirical works of Śarad Jośī and Tamas, the great novel of Bhīṣm Sāhnī from Hindi. Her translation of the Manusmṛti with the comments of Csaba Dezső will be soon published.

Dr. Anna Katalin Aklan finished her MA in Latin Language and Literature in 2005 and Indology in 2008. She completed her PhD studies in the Central European University and defended her thesis in 2018, entitled “Wandering Lotuses:  Parallel Philosophical Illustrations in Late Antique Greek and in Indian Philosophies”.

Dr. Balázs Gaál studied Ancient Greek language and literature and Indology at Eötvös Loránd University after his graduation from the “Gateway to Wisdom” Buddhist College. He defended his PhD thesis on ancient vegetarianism in 2016.

Dr. Ibolya Tóth also studied first at the “Gateway to Wisdom” Buddhist College, then she obtained her MA in Indology and Ancient Greek language and literature at Eötvös Loránd University in 2007. She wrote her PhD dissertation on the origin and development of the epigraphical tradition in India and defended it in 2018.

Dr. Rita Jeney started her studies in 1998 in Archaeology and Indology. Since 2002, with the help of Dr. Gregory Possehl (University of Pennsylvania) and Dr. Vasant Shinde (Deccan College), she regularly takes part in excavations of Indus civilization sites. In 2018 she defended her PhD thesis, entitled “Lost Collection from a Lost River: Interpreting Sir Aurel Stein’s ‘Sarasvati Tour’ in the History of South Asian Archaeology”.